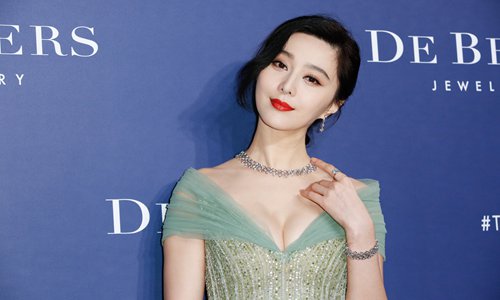 The poster for the US film The 355, starring Chinese actress Fan Bingbing, has come under fire in China for using the Chinese national flag, which Chinese netizens claim violates China's advertising law forbidding the flag's commercial use. In the poster, Fan can be seen standing in front of the Chinese flag. The commercial usage of the Chinese flag has outraged many Chinese netizens, who called for the poster to be changed.China's Advertising Law stipulates that the national flag, national anthem, national emblem, military flag, military anthem, and military emblem of the People's Republic of China or their likenesses shall not be used for commercial purposes."The national flag cannot be commercialized. The 355 poster is under suspicion of violating the National Flag Law," one netizen wrote on Sina Weibo.The film starring Jessica Chastain, Lupita Nyong'o, Penélope Cruz, Diane Kruger, Fan Bingbing and Sebastian Stan, is set to be released in North America and China's island of Taiwan on January 7, 2022. However, due to Fan's tax evasion scandal in 2018, many film insiders said the film will not be screened in the Chinese mainland.In 2018, Fan was ordered to pay more than 800 million yuan ($116 million) for tax evasion, after which she was abandoned by the entertainment industry in Chinese mainland.   Chinese authorities in November released a warning list barring celebrities such as Kris Wu and Zheng Shuang from attending any events or giving performances due to their vulgar scandals or promotion of distorted values. "Whether it is illegal or not needs to be identified by the relevant state regulatory authorities," Xu Xinming, a Beijing-based lawyer specializing in intellectual property rights, told the Global Times on Sunday concerning the new poster.He added that if the film is scheduled to be released in the island of Taiwan, it will violate the Advertising Law of the People's Republic of China in theory.Zhou Xianbao, a law expert based in Beijing, echoed this view and told the Global Times on Sunday that if it violates the Advertising Law, the Chinese Market Supervision Administration could fine the foreign companies.